Last night, my 3 year old cat, Kenobi, lost his battle with heart disease. It hit quickly and my husband and I had little time to prepare, and even less time to say goodbye. I wanted to read about other cat owners' experiences with feline heart disease, but found few resources. I would like to share my own experience to hopefully help others who find themselves in this unfortunate situation. 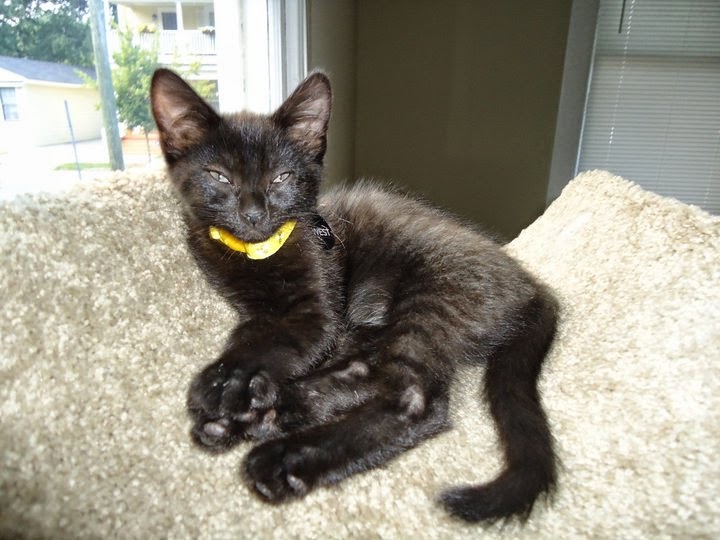 Kenobi was born in April 2011. We picked him up from the humane society when we moved into our first home as a couple, and our older cat, Ace, was lonely. Kenobi was quickly a great companion for him. 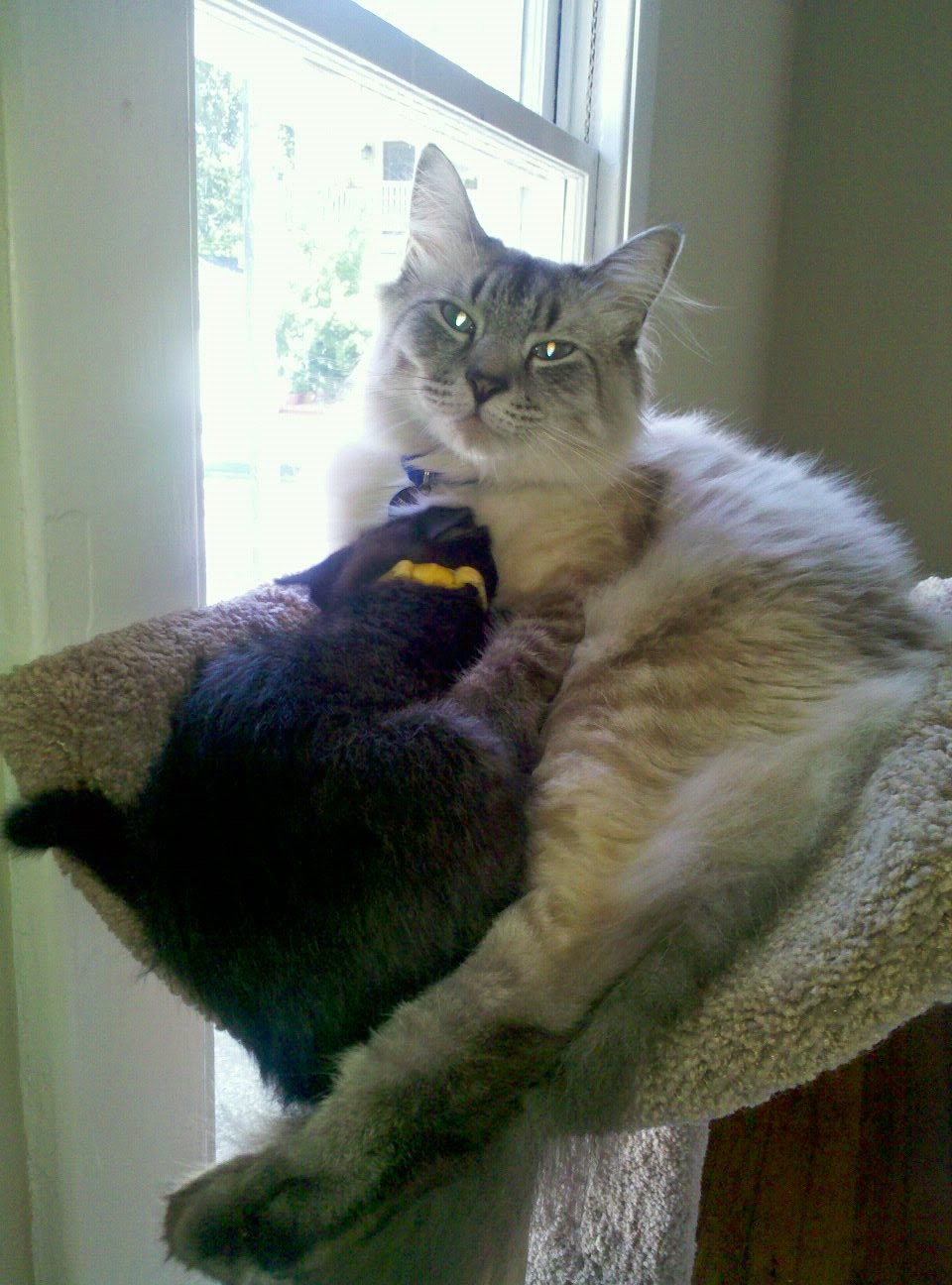 Nobi was generally very playful and curious, but we noticed when he was about a year old that sometimes he would wake up in the night and cough. It sounded almost like he was trying to cough up a hairball, but no hairball ever came. The older cat, being long-haired, gets hairballs all the time though, so we assumed he was getting a little extra fur and didn't think much of it.

When he was about 2 and a half, my husband took him to the vet for his yearly exam. At that time, the vet discovered he had a very mild heart murmur. She explained that next he would need an EKG and a few other tests to determine the cause of the heart murmur, but since it was so mild and he was otherwise behaving, eating and drinking and pooping and playing, normally, it wasn't that dire of a situation. Fast forward to March of 2014. Kenobi is about 3 weeks away from turning three years old. We had previously fostered a few dogs, and one of them needed to be returned to its foster home after its new "permanent" home didn't work out. Kenobi wasn't used to a big dog, though. I could tell within 24 hours that he was visibly stressed. The biggest concern was that he was pulling his hair out and scratching excessively, making little sores and scabs on his body.

I took him to the vet for the scratching, but when the vet was checking his vitals, he paused for a long time while listening to his heart. I have seen the same vet for a while, so we had been chatting and joking around, but when he started listening to Kenobi's heart, his face fell serious.

He said Kenobi's heart murmur had progressed to what he considered to be a 3 on a scale of 5. I mentioned the foster dog, and he said it wasn't unlikely that the foster dog was adding stress that both worsened his heart and caused the hair pulling.  I also mentioned that he had lost weight lately, and the vet weighed him to find that he lad lost about 4 pounds in the last 6 months. I did note that he had been eating less, but we had been asked to put him on a diet, and I just assumed it was working.

He surmised that the hair pulling was likely due to allergies and would need to be addressed but he stressed that the more pressing concern right now was to get Nobi's heart looked at. He gave him a mild short-term steroid injection to address the scratching, and explained that usually they would give a stronger dose, but Nobi's heart wouldn't be strong enough.

Nobi seemed to feel much better when he had the steroid injection. As much as it pained us to do, we transferred the foster dog to a different home to alleviate his stress. Nobi was doing better already, it seemed.

We brought him back to the vet the next week for some heart tests. They ran an EKG and an echocardiogram at my local vet's office, and sent the files to a Charleston feline cardiologist to be examined. He stayed the day at the vet's office, and I picked him up in the evening. The vet said he was a delight, and she loved spending the day with him. They had to shave off a patch of hair from his side to get the readings, but he was otherwise chipper and happy when he came home. 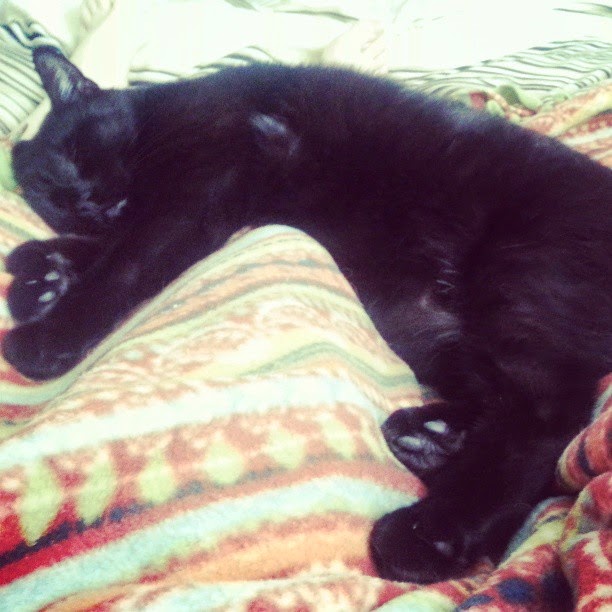 I was so anxious to hear the results when the vet called the next day. She had good news and bad. The bad news was that Kenobi did, indeed have heart disease (hypertrophic cardiomyopathy). She called it mild, and explained that the problem was that one of his heart valves opened properly, but did not close properly, which could cause backup of blood flow in his heart and an irregular heart rate. She said it was likely that he was born with the disease - cardiomyopathy is often congenital - and that it was not unusual to discover it at this stage. It usually appears in cats around age 2.

She said she was optimistic about him. Usually this is a serious diagnosis for a cat, but since we caught it so early, she said it was highly likely he would live a long and happy life. Sometimes cats live to 10 years old with this condition, she explained.

We were told to pick up a prescription for him - a beta blocker called "atenolol". We were told to give him a 1/4 of a pill twice a day and to reduce his stress. We bought the Greenie's "Pill Pockets" with which to give him the pill, and he took them easily, never purposefully spitting out the pill.

I was shocked at how much he improved when he was taking the medicine! He was like a kitten again, tumbling over his brother and running through the house. I was so glad we had found the problem and it seemed like we had found a solution. 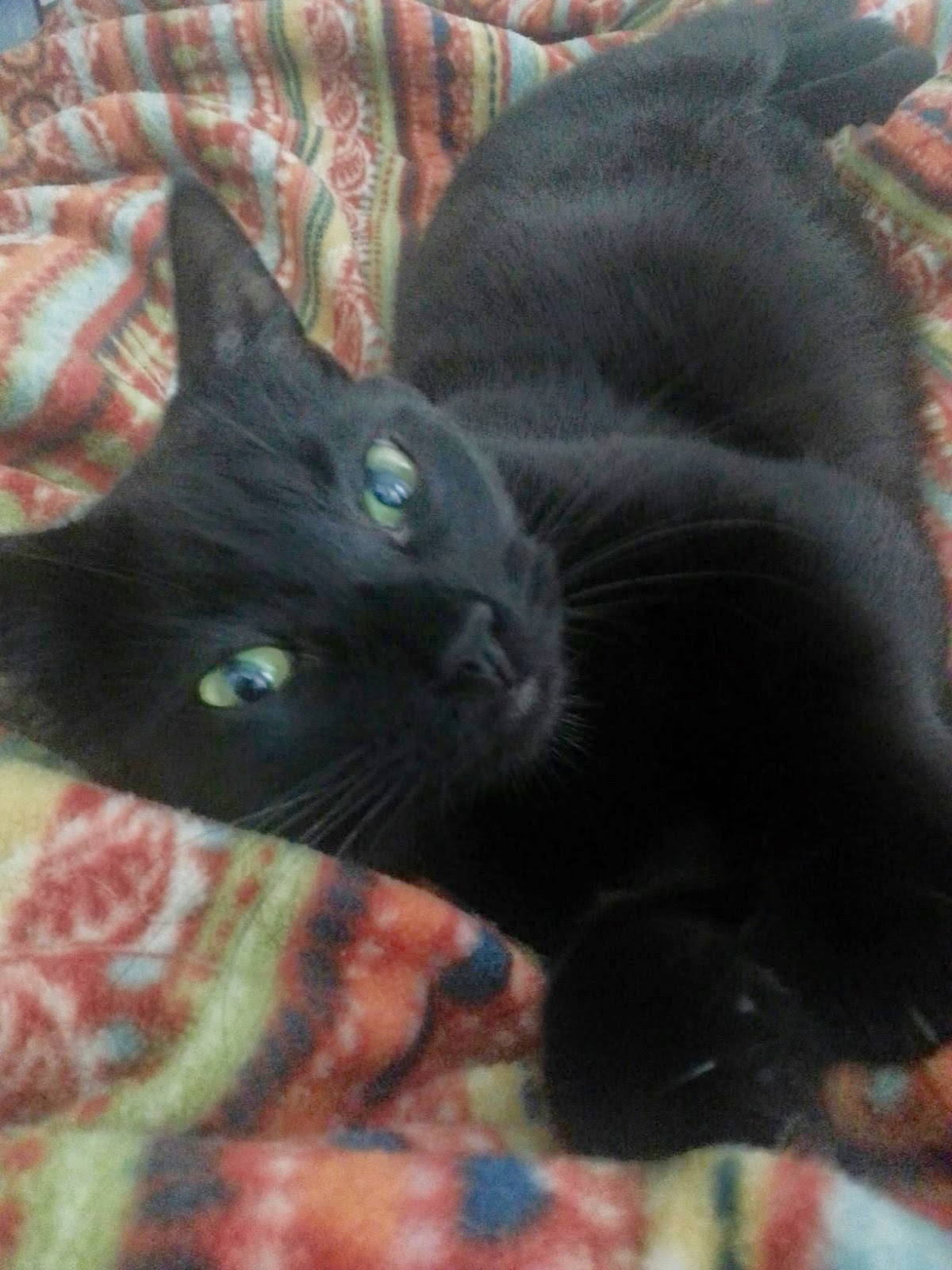 However, he was still pulling his fur out. We worked hard to switch him to a low-allergen food and a no-dust litter to help with the problem, and he seemed to improve. We marked the growth of his fur he was pulling out against the patch the vet had shaved for the EKG. He seemed to be on the up-and-up.

Yesterday, we went about our morning routine. I woke up to Kenobi snuggled up close to my side, and he kneaded my side for a while as I woke up (he was taken from his mother too early and "suckled" for a few months as a kitten. He always retained the "kneading" as a comfort in that regard). When his brother Ace woke up and left the bedroom, Kenobi hid behind my legs to pounce him as he walked by. He waited for me by the bathroom door when I got out of the shower, and chirped when I came out, like he did every morning. I gave him his morning medicine and some food and left for work.

When I came home, Kenobi met me at the door and followed me to the kitchen for his afternoon dose of medicine. He was eager for the treat it was packed in, and danced around my legs like he always does. He took the treat easily and went to sit on the screened-in porch which is his favorite spot in the house.

I made dinner and noticed he was sitting strangely in the center of the porch looking in the house. I went to pet him, and he was appreciative, but almost shied away from my touch. This was unusual, but I didn't think much of it. Maybe he was distracted by a bird outside or something.

However, not 20 minutes later, as my husband and I sat on the couch eating dinner, we heard a crash from the porch. My husband jumped up to see what the problem was. Assuming it was Kenobi chasing something outside, I stayed where I was. But when my husband asked, panicked "are you okay, Kenobi??" I knew something was wrong. I went outside just in time to see him making the same dry-heaving noise that he used to make as a kitten. He was convulsing. My husband scooped him up in his arms and I ran for my phone to call the vet. I didn't know what to do or think. I ran in circles as my husband ran outside towards the car with Kenobi, telling me to get my keys. I scrambled for my shoes, and it was then that I heard my husband say "he's gone". He stood on the front lawn with Kenobi limp in his arms.

We took him to the emergency vet, not knowing if he was unconscious or what. The vet rushed him into the back room, and emerged only a couple minutes later. she confirmed what my husband had said - Kenobi was gone.

I was in shock. This was not how I expected my Tuesday to go. I thought he was doing better. Was it the medicine? I didn't know what to do or think.

The vet explained that it was highly likely that he just gave in to his heart disease. She felt him to feel for urinary blockage, but found none. We blamed ourselves, but the vet said that we had truly done everything we could. She brought him back out for us to sit in a quiet room. We held him and rocked him for several minutes, wrapped in a towel. He seemed so peaceful, and I suddenly felt much better knowing his suffering was over, and he was with me.

We are still hurting very much. We will receive his ashes in a couple days, and I'm sure whatever healing we have done at that point will be torn open again. But I hope we helped him to live the fullest and happiest life that he could have had. He undoubtedly made our lives happier and more fulfilled.

We will miss him everyday.

I hope Kenobi's story can save just one other cat's life. Hug your pet everyday. 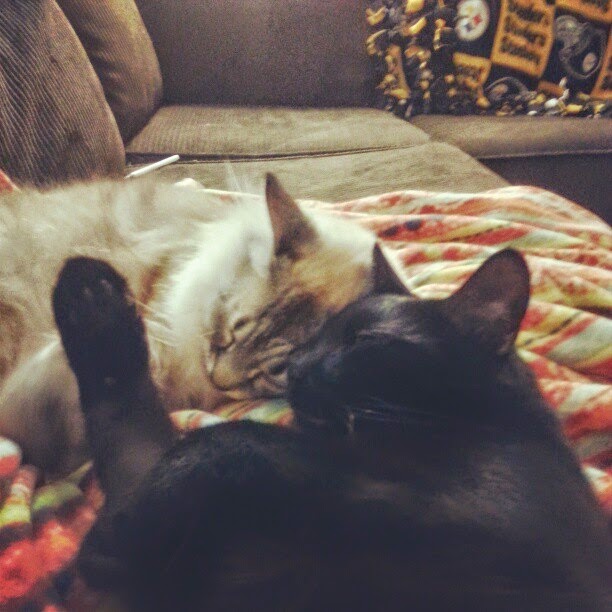 We love you always, Kenobi.

EDIT: We considered starting a fund for pet owners whose pets were recently diagnosed with heart disease, but were pleased to find that someone has already started one! The Big Hearts Fund collects money and distributes it to those in need whose pets have a range of heart diseases like Kenobi's. Please consider leaving a donation to the fund in Kenobi's name, and remember it if you are ever looking for a charity to donate to in the future!
Posted by Ashlee Perkins at 6:56 AM

Check Us Out Online! 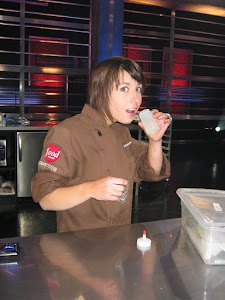